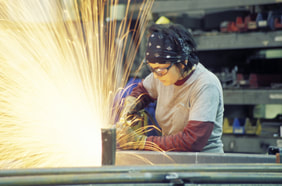 A common situation we evaluate is that of an employee - a union member, who was unfairly treated or falsely accused of some type of misconduct or insufficient performance and was disciplined or terminated as a result. If you are in that type of situation, you might be confused about your rights to union grievance and arbitration v filing a potential workers comp claim v filing a wrongful termination case in court. Below is some practical guidance on navigating these three areas of law:

If there is no such evidence and if it's fairly clear to you that the reason you were treated badly by the employer is personal or otherwise non-discriminatory (such as personality frictions within the office), then the only way to fight your termination is through a union grievance or arbitration and argue that there was no just cause of the discipline imposed. Your union might or might not want to get involved and help you and they have significant discretion on deciding whether to file grievance and fight for an employee or not.  Non-discriminatory termination is not illegal, but it might be in violation of your union bargaining agreement. Therefore, it cannot be challenged in court, but only through union action.

If there is evidence that the reason for your termination is discriminatory or retaliatory, then you may consider filing both  - a union grievance and a wrongful termination / discrimination case in court. A court lawsuit can only address legal violations (i.e. discrimination & retaliation claims) but not violations of a union collective barganing agreement agreement. In this case, you will be arguing (a)  through union grievance that your employer violated the bargaining agreement by disciplining you without just cause; and (b) you will claim unlawful discrimination and retaliation in violation of California or federal lawsuit in a lawsuit in court.

Any emotional distress injury, such as stress, anxiety, depression, and related symptoms you suffered as a result of being treated badly and fired unfairly can only be addressed through a workers compensation claim. This type claim is handled separately - not in court, but at workers comp appeals board. The value of this type of claim is determined iva the % of injury or disability which you are assigned by a doctor (QME / AME).