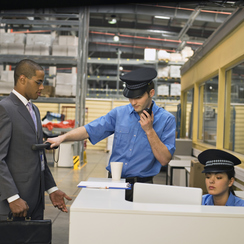 Race (including national origin and religion) discrimination cases are similar to other types of discrimination cases in terms of the basics of what needs to be proven in order to win this type of discrimination case. An employee must show that (1) he was a member of a protected class (i.e. particular race, ethnicity, religion), that (2)  he suffered an adverse employment action (i.e. termination, demotion or failure to hire / promote) and (3) the reason or one of the substantial reasons for the adverse action by the employer was his race (or national origin / religion). Of course, the first elements are usually easy to show, and the dispute focuses on the last element. The employee will argue that his race was the reason for termination, while the employer will try to prove that they had other, non-discriminatory reasons for termination, including an employee's insufficient performance, policy violations, restructuring / lay-off, etc.

Like in other types of discrimination cases, direct evidence of discrimination, i.e. the employer admitting that they terminated an employee because of his race, is almost never available. Therefore, every little piece of "circumstantial" or indirect evidence can make or break that type of case. A single e-mail or a witness who overheard a conversation between the managers suggesting animus to that employee or a group of employees because of their race can make a difference between having a case dismissed and being allowed to proceed to trial and between winning and losing in court or at arbitration. In one of the cases we handed a couple of years ago, the only evidence of racial discrimination we had was a co-worker's sworn declaration that he overheard a supervisor angrily whisper to himself "a fucking nigger" on multiple occasions when he would walk by our client in the office. This evidence was enough to prevent the dismissal of the case at the motion for summary judgment and encourage the employer to settle that case for a substantial amount.

One factor that makes racial discrimination cases inherently more challenging on a practical level is the fact that they tend to be more contentious and "dramatic" than other types of employment cases, because of the egregious nature of the accusations. No one likes to be called a racist. No employer would usually admit discriminating against an employee based on race. Most employer are offended and outraged by this type of accusation and would be eager to fight and defend the case until and unless the evidence shows, or their attorneys encourage them, to realize that they might not be as innocent as they claim to be, and that they better consider settling at some time before trial or arbitration. This is especially true if during the litigation e-mails, text messages and other type of evidence is uncovered suggesting that the employer was in fact hostile toward a certain race in general or toward that employee specifically because of his race.

Racial slurs and racist nicknames remain one of the most common types of evidence that can be used in proving race discrimination and racial harassment / hostile environment type cases in California.  Thus, in one case, the evidence of racial / religious discrimination and harassment included not only such slur as "sand nigger", "sand flea", "camel jockey", "Baghdad butcher" toward a Muslim employee,  but also evidence that the employee-victim was tricked into eating pork. (Nazir v United Airlines).  This kind of language along with the evidence that employees of other races are treated more favorably can for a basis for a stronger race discrimination case.

We often get calls from employees who believe that they have been discriminated against, because they were a minority employee or the only employee of that minority in the company and they were fired for arguably unfair reasons. This alone, however, is insufficient to make a racial discrimination case, unless there is specific evidence that the reason for termination was that employee's race or ethnic origin (and not some other unrelated reason, whether fair or unfair).