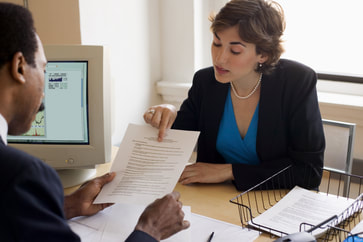 Under California law, it is presumed that employment with no specified term is at-will and may be terminated at any time for any lawful reason by the employer or employee. (Lab.Code, § 2922.)  This means that generally, in the absence of a written contract that states that an employee is promised employment for a certain period of time or that employee is not to be fired unless there is case, he would be considered an at-will employee.

While the above legal presumption of at-will employment is strong, it does not prevent the parties from agreeing to any limitation, otherwise lawful, on the employer's termination rights. Guz v. Bechtel National Inc. (2000) 24 Cal.4th 317, 335–336 (Guz ); see also Foley v. Interactive Data Corp. (1988) 47 Cal.3d 654, 677 . At-will presumption may be rebutted by evidence that despite the absence of a specified term of employment, the parties agreed that the employer's power to terminate would be limited in some way, e.g., by a requirement that termination be based only on good cause.

The contractual understanding need not be express, but may be implied in fact, arising from the parties' conduct evidencing their actual mutual intent to create such enforceable limitations. Factors that would determine the existence of an implied-in-fact contract include (i) the personnel policies or practices of the employer, (ii) the employee's longevity of service, actions or communications by the employer reflecting assurances of continued employment, and (iii) the practices of the industry in which the employee is engaged.  Pugh v. See's Candies, Inc. (1981) 116 Cal.App.3d 311, 327.)  The existence or nonexistence of an implied-in-fact contract under which the employee may be terminated only for good cause has to be considered on a case by case basis in light of the unique and specific circumstances of an employment relationship.

Here are a few common situations to be aware of that do or do not (alone) create and implied in fact contract:

(a) Requirement of advance notice of termination, severance and even "permanent" title. The fact that the employer promises to provide a two week or a month notice or any other type of notice before terminating an employee doesn't change, without more, the at-will nature of employment. Further, a promise to pay severance upon termination and even referring to an employment as "permanent" after a probationary period is completed is not sufficient to defeat the at-will employment presumption, if the employer still makes it clear that the employment is at all times at will. The cases supporting this are:   Siddoway v. Bank of America (N.D.Cal.1990) 748 F.Supp. 1456, 1460 and DeHorney v. Bank of America Nat. Trust & Sav. Assn. (9th Cir.1989) 879 F.2d 459.

(b) Longevity of service. Being a long term employee alone does not create an at-will employment contract. Thus, an employee who has been working for the same employer for 20 or more years does not have an implied in fact contract with the employer, unless there is other evidence of that type of contractual relationship. This is especially true if there is an at-will employment acknowledgement in place.

(c) Repeated assurances of long-term employment and specific supporting personal policies. Implied contract is generally found in situations where an employer assurances the employee that he is to be employed with them for a long time or "as long as he does a good job" or "as long as he wants" in conjunction with written personnel policies that limit an employer's write termination without cause or without following certain specific, formal disciplinary procedures.