Basic Elements of Proving a Medical Malpractice Case in California 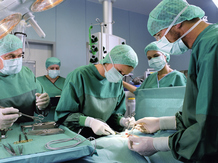 Like in any other injury case, proving a medical malpractice case requires proving (1) breach of duty of care; (2) causation; and (3) damages.

1. Duty
Doctors and other healthcare professionals have a duty of professional care, which is established by rules and the customary practice in their area of care. The existence of duty is almost never at issue. As long as you have been treated by an MD or any other licensed professional, the appropriate duty of care will apply to that professional's work and his treatment of you. That duty of care is determined by the doctor's specialty, practice and experience in the field of his work.

2. Breach of Duty of Care
Making a medical malpractice claim requires showing that the doctor didn't just make a mistake (that many other doctors could have made) or provided less than perfect treatment, but that the mistake was unreasonable and shows a conduct that's below the standard of care in that area of medicine.  If breach of standard of care cannot be established, then no claim can be made. Only an expert (i.e. a qualified physician in the same area of medicine) can establish this element of a case. A professional in a similar field must be able to state that in his opinion "more likely than not" a breach took place.

3. Causation
This is usually the part which medical malpractice litigation focuses on. The claimant has the burden of proving that had it not been for the doctor's negligence, the victim of the potential medical malpractice would not have died, or would not have suffered a serious injury.
An expert opinion to prove malpractice on the part of the medical professional is required. In other words, only a medical professional in the same area of expertise as the one who committed the alleged medical malpractice can establish that the likely reason for the injury was the original doctor's negligence or mistake and not some other reason, such as your body's normal and expected reaction to treatment, age, other illnesses, etc. It's important to keep in mind that standard for establishing malpractice is not showing that a mistake was made, but that the mistake at issue was unreasonable and the kind of error that the doctor in the same industry is expected not to commit.

4. Damages
The existence of significant damages is mostly a business/financial concern, and it is one of the more common reasons that otherwise valid potential medical malpractice cases are determined to not be worth pursuing, and are rejected by lawyers. If the above three elements are established, but the resulting injury or wage loss damages are not significant enough to justify the expenses required to prove a case (i.e. litigation/trial costs and expert costs), then most medical malpractice attorneys will not be willing to pursue that kind of case for business reasons. In most situations, if the cost of proving a case does not justify the potential recovery, then it would not benefit either the attorney or the client to litigate that type of case.

When assessing damages, the extent of the injury, the need for future treatment and the likelihood of permanent injury and long-term need for treatment should be taken into account before making the final decision about whether to pursue that specific medical malpractice case. In other words, the value of an elderly, retired claimant's case who has a number of health issues other than the ones related to a potential malpractice claim, is much lower than that of a younger person, who is forced to miss months or years of work, and who will be disabled and will require future medical care for a long or for the rest of his / her life. This is why claims arising from severe injuries to newborns can lead to significant financial recovery, compensating a family for years of medical care that will be needed for that child, and that child's missed professional, social, and personal opportunities in life.

5. Delay in Treatment
Mere delay in treatment, or a relatively moderate aggravation of symptoms before recovery that could have been avoided had treatment been provided sooner are not considered injuries serious enough to justify a medical malpractice claim. That is, if you eventually received the medical care needed, and the delay did not result in a serious injury leading to long term incapacity, then this type of case will probably not be worth pursuing. Finally, an injury that could have happened because of a doctor's mistake, but which ended up not happening because it was successfully avoided with another doctor's care, is also not ground for a malpractice claim, as a claim can only be brought for those injuries that were actually sustained and not for the ones that might have been suffered.

6. Paying Your Medical Bill When You Are Not Happy with the Services / Care Provided
One common mistake patients make is refusing to pay their medical bill when they are not happy with the services provided by a healthcare facility. This is rarely a good idea. Not being happy with the services will not justify failure to pay for the treatment provided. While smaller clinics often don't have the resources to chase their patients for unpaid medical bills, larger hospitals can be quite persistent. They have departments dedicated to collections and to reporting bad debt to collection agencies. It is especially a bad idea not to pay a county hospital bill (such as San Francisco General bill), as that kind of bill will accrue significant penalties which will be enforced through liens, tax assessments and any other tools that the local government has at its disposal. If you have a legitimate medical malpractice claim, or if you believe you have one, you should still make sure that the underlying medical bills are taken care of, as that's a separate matter.