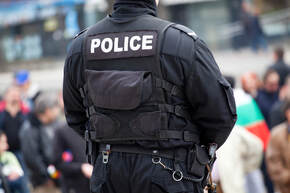 Here are the basics of the laws that apply to police excessive force or police brutality cases in California during traffic stops and in other common situations.

The first common obstacle to making a case is a common defense by the police officers that they are entitled to qualified immunity from liability for their conduct. To determine whether immunity applies, the court must answer two separate questions: (1) whether the officers violated a federal statutory or constitutional right, and (2) whether the unlawfulness of their conduct was "clearly established" at that time. District of Columbia v. Wesby, 138 S. Ct. 577, 589 (2018). Courts may "exercise... discretion in deciding which of the two prongs ... should be addressed first in light of the circumstances in the particular case at hand." Pearson v Callahan, 555 US 223, 243 (2009).

Demonstrating that the unlawfulness of the police officer's actions was "clearly established" requires a showing that "at the time of the officer's conduct, the law was sufficiently clear that every reasonable official would understand that what he is doing is unlawful". Hardwick v City of Orange, 844 F.3d 1112, 1118 (9th Cir. 2017). The alleged victim of police excessive violence bears the burden of "showing that the rights allegedly violated were clearly established". Shafer v City of Santa Barbara, 868 F.3d 1110, 1118 (9th Cir. 2017). The Ninth Circuit has emphasized that it is the facts of particular cases that clearly establish what the law is. Isayeva v Sacramento Sheriff's Dep't, 872 F.3d 938, 951 (9th Cir. 2017).

The Fourth Amendment permits police officers to use only so much force as "reasonable" under the circumstances. Scott v Harris, 550 US 372, 381 (2007). The reasonableness inquiry is both objective and attuned "to the facts and circumstances of each particular case, including the severity of the crime at issue, whether the suspect poses an immediate threat to the safety of the officers or others, and whether he is actively resisting arrest or attempting to evade arrest by flight." Graham v. Connor, 490 US 386, 396 (1989).

Simple traffic violations without more do not justify the use of significant level of force. Bryan v MacPherson, 630 F.3d 805, 828 (9th Cir. 2010). If the traffic violation (or any other conduct) gives the police cause for arrest, however, the issues become more nuanced. Of course, if the person arrested does not threaten anyone and does not resist arrest, using significant force is unreasonable. Cable v City of Phoenix, 647 F. App'x 780, 782 (9th Cir. 2016); Young v City of Los Angeles 655 F.3d 1156, 1163 (9th Cir. 2011).  If the person arrested offers "passive resistance", this conduct warrants a "lesser degree of force" than in "situations in which the suspect actively resists arrest." Lowry v City of San Diego 858 F.3d 1248, 1258 (9th Cir. 2017). In other words, officers are only permitted to use an amount of force that is reasonable to overcome the resistance they encounter. Barnard v Theobald 721 F.3d 1069, 1076 (9th Cir. 2013).  This standard requires courts to consider whether the level of resistance was passive or active, and how much force the police officers used in response.

Moreover, a police officer's "provocative conduct" can trigger an individual's "limited right to offer reasonable resistance".  For instance, in Blankerhorn v City of Orange 485 F.3d 463, 479-80 (9th Cir. 2007), the court held that the lack of forewarning, the swiftness, and the violence with which the defendant officers threw themselves upon the victim, were factors to consider in determining whether conduct provoked reasonable resistance.  Indeed, an excessive use of force in the events leading up to a person's resistance could mean the resistance was lawful, which would in turn vitiate probable cause to arrest an individual for obstructing or resisting an officer. Boarman v City of Sacramento 55 F. Supp. 3d 1271, 1286 (E.D. Cal. 2014).

The case of Davis v City of Las Vegas 478 F.3d 10480, 1051 (9th Cir. 2007) is instructive for common situations. In that case, a police officer responded to a scene where casino security personnel had detained a man for trespassing in an off-limits area. The officer gave the man some initial commands, with which the man complied, and requested to search the man's pockets. When the man refused the search, the officer attempted to reach inside the man's pocket to find his wallet, which prompted the man to rotate hips away from the officer in an attempt to prevent him from grabbing the wallet. The officer responded by pushing the man into a corner, after which the pair engaged in a physical brawl, in which the officer slammed the man's head against two walls, kneed him in the back, and punched him in the face. The Ninth Circuit held that trespassing and obstructing a police officer were not serious enough offenses to provide an officer with a reasonable basis for that type of violent response. The court further held that the man posed no immediate threat to the officer or anyone else, and although the man was somewhat uncooperative and resisted the officer's attempts to search his pockets, at no point during the encounter did he attempt to flee. The court finally noted that the force used by the officer was severe, the crime the trespasser committed was minor, the danger to the officer was minimal as was any risk of flight, and there were many less abusive means through which the officer could have accomplished his objective.

Thus, where there is traffic violation and the absence of any threat to the officers or others, the law is clearly established that a significant use of force is not warranted.

The above analysis shows that the California law that applies to the use of force by police is designed to be as fair as possible, balancing the safety and rights of both sides in these types of situation, and above all - taking the unique circumstances of each situation into account.