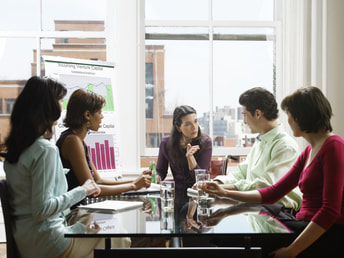 Several significant California cases on the exemption issue, which were recently decided, make it clear that while some recruiters and account executives can be properly classified as exempt, others should be treated as hourly employees (i.e. entitled to overtime for hours worked in excess of 8 hours per day or 40 hours per week, meal breaks / rest breaks, etc.). Like with other professions, whether exemption applies to a particular recruiter very much depends on the specific duties of that employee.

Some duties are common among all recruiters. Recruiting, evaluating and interviewing candidates to be placed as employees, attending various recruiting functions, and participating in networking events are generally considered non-exempt, non-managerial duties, but the inquiry cannot stop here, because other factors matter is well in making this exemption determination. The following key four factors would determine whether a recruiter can be properly classified as exempt (in addition to the general exemption test):

1. Does a recruiter / account executive actually make staffing / hiring recommendation? If so, exemption is more likely to apply because these duties are considered managerial. And, the more important a recruiter's hiring recommendation is to the actual decision to hire, the more likely he is to be considered an exempt manager.
2. Does a recruiter supervise the candidates hired in their work performance for the client? If so, an exemption is more likely to apply, because supervising others is a managerial task.
3. Who sets key recruiting policies? The more freedom recruiters have in their schedule and the manner they go about recruiting candidates, the more likely they are to be properly classified as exempt. On the other hand, if the company has set policies of template-like process that recruiters have to follow, this would favor the non-exempt status.
4. If a recruiter negotiates salary and benefits with the candidates and has significant authority to do so, an exemption is more likely to apply, because making financial decisions is considered an administrative / managerial tasks.