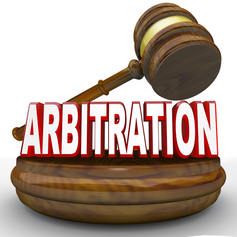 Below are some of the important things that you need to know about binding / mandatory arbitration of employment disputes in California.