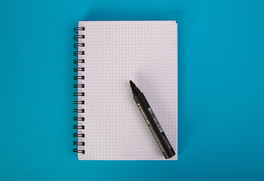 When you submit your potential case for review to a lawyer, please consider the following sample as a guideline on how to prepare an effective summary, which is brief yet specific and includes the relevant details that support your case:

"I believe I have a case for wrongful termination and disability, age, and racial discrimination, and retaliation.

I have been terminated on January 1, 2019, after working for x employer for 3 years. My most recent position was office manager and salary of $75k/year. The stated reason for termination was "not being a team member", while I believe that I was terminated because of my disability and race.

Here is why:
My performance reviews were good until I applied for FMLA leave three months ago in connection with my injury. At that point, my boss became much less friendly with me, and told me at least that he was unhappy about me taking leave. He further told me that it might be time for me to retire as my ways of thinking our outdated and they need "fresh, young" blood in the office. He also told me, that people of my kind should appreciate the opportunity I have, as most of "my kind" is on the streets. He also used "n" word in a few occasions in the office. I have one witness (former co-worker) who overheard that and is willing to corroborate this. I complained in writing to HR that I believe was discriminated based on my medical condition and my race. A week later, I was written up, and then a few days after that - terminated. I had no prior write-ups or any other discipline. I have a copy of my written complaint and confirmation from HR that they received it. I also know for a fact that the boss I complained of knew about my complaint, because he told me before writing me up "I can't believe you would burn bridges like that."

Please note that the above summary includes specific statements made by the employer that are believed to be discriminatory. This is much more effective than simply stating that you were "discriminated" or "retaliated" against as these terms alone do not real tell the lawyer what happened.
Similarly, being specific in your summary of a sexual harassment case and stating "he grabbed me by my thigh in the break room while holding his crutch with the other hand" is much more effective than stating "he sexually assaulted me", because an assault can have many forms.