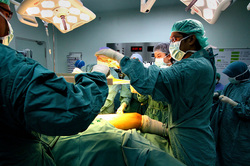 Medical treatment on a lien is an arrangement where a doctor agrees to treat a patient, who was involved in an injury incident, without charging the patient for the treatment until that patient's case is settled with the responsible party. Many doctors do not work on a lien for various reasons, but primarily because (1) they don't like the inherent uncertainty of whether they are going to be paid and (2) also because they have had bad experiences where their patients' lawyers didn't pay them at all, or paid much less than what those doctors believed they were due. Doctors are also aware of the fact that more often than not they will have to reduce their bill if the case settles for a smaller amount, which doesn't make it possible to pay medical bills in full.

Other doctors, on the other hand not only treat patients on a lien, but they actually prefer liens over dealing with health insurance carriers, especially if they have been having good experience working with lawyers on a lien basis, and where they have established a good professional relationship with a few such lawyers. Also, physicians are often paid much less by the insurance company after all the adjustments they make than they would if they treated a patient on a lien, even where the settlement is smaller than originally expected.

Virtually all physicians would require an attorney to sign a lien before they provide treatment on a lien basis, because an attorney's obligation to pay them for their services is much more assuring to them than the patient's promises.

The process of starting a treatment on a lien is simple. An attorney refers his client to one of the doctors who accept patients on a lien, after formally engaging in legal representation. The doctor then will ask the patient and the attorney to sign a standard lien form. At that point, the doctor will treat the patient until maximum improvement.

Medical treatment on a lien is often an extremely helpful and the only way to obtain medical treatment after suffering an injury, if you don't have health insurance and where you can't afford paying for treatment out of pocket. Many neurologist and orthopedic surgeons will perform expensive surgery on a lien basis, which would not be otherwise possible for the serious injured to have.