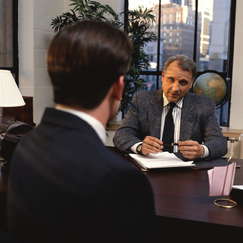 ​If you or one of your co-workers made a discrimination or harassment complaint at work, and your employer launched a workplace investigation into your allegations, you will surely be interviewed by an internal or independent investigator about the allegations in that complaint complaint and your side of the story. Larger employers are generally required to launch an investigation when a discrimination complaint has been made, regardless of how credible and believable it appears to be. Below are five practical tips to help you do your best during your workplace investigation interview,  and avoid common mistakes that many other employees in the same situation make:

1. This is an interview; not a conversation.
Remember - your job during the investigation is not to speak or prove some kind of case for or against your employer. This is an interview; not a court hearing or a talk show. Your task is to only answer specific questions asked by the investigator. You should not be sitting and telling the investigator long stories, but only answer specific questions asked. Once you answer the question asked, stop talking and wait for the next question. This will make the process much easier and quicker.

2. Resist the urge to exaggerate or speculate.
​Many employees interviewed have the urge to exaggerate and paraphrase the alleged harasser's statements and actions. It's critical that you don't do that, because the moment it's proven that you exaggerated one thing, the investigator will be skeptical about everything else you say during your interview. You want the investigator to believe you, because in so many cases it's a he-said-she-said situation, and it all comes down to credibility.

Also, do not demonize the employer. An employee who focuses on talking about how awful the employer is, is not helping his case or his situation at work. Even if your employer has failed to do what they should do to help you, trashing the company during the interview will not benefit you in any way. Keep in mind that the investigator will likely relate all or some of the information you share about the company with the management.

3. Never show any temper during your interview.
There is no way around the fact that people who are angry and passionate come across as less believable to a workplace investigator. It's critical that you don't raise your voice during the investigation, especially if certain allegations were made against you about your own violent or insubordinate behavior at work. The last thing you want to do during your interview is to suggest that you do, in fact, have a short fuse.  Remain calm and courteous throughout the entire interview.

4. If you don't know something or don't remember something, it's perfectly fine to say just that.
The investigatory interview is not a memory test. You are not expected to remember every detail of every event. If you don't remember when a certain event happened exactly, or who was present at the scene of a particular incident, it's perfectly fine to approximate and say "it happen around this date or that time" or simply say "I don't know" or "I don't remember" if that's the case.