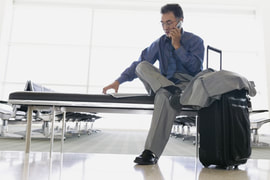 A claim for promissory estoppel has been invoked by courts where an employer changes its mind and rejects a new employee before giving the new employee a good faith opportunity to perform the duties for which he or she was hired. If the new employee has "detrimentally relied" on the new employment offer  - i.e. quit his other job or passed on other professional opportunities, and/or relocated for this new at-will job, the employer may be estopped from claiming that the employment was at-will and be liable for that employee's losses. Thus, for instance, in one case the employer allegedly changed his mind about an employee after hiring him, because the employee visited office in jeans and t-shirt before his start date. Sheppard v Morgan Keegan & Co., (1990).

A claim for estoppel is based on the fact that the employee:

A claimant who resigns from at-will employment in reliance on an unfulfilled promise of other (at-will) employment may be entitled to recover, on a promissory estoppel theory, the wages he would have earned had he remained in the former job. Future lost income is recoverable on a promissory fraud theory if the damages are not speculative or remote.  The lost wages must generally be supported by substantial evidence—e.g., qualified expert opinion testimony as to how long the employee was likely to have retained the former job and the wages he or she was likely to have earned, had he not pursued the following job opportunity that fell through. A vocational expert can review the claimant's resume, qualifications, the nature of the job he resigned from or foregone and the nature of that company in order to form an expert opinion about the extent of future wage loss damages, and generally this type of expert opinion is not very expensive, and significantly less expensive than obtaining a typical medical expert opinion.

Like in most other wrongful termination types of cases, an employee has duty to mitigate his damages - i.e. show reasonable effort of trying to minimize losses by looking for another job. Therefore, keeping track of all the job search efforts, including e-mails, rejection letters, and a diary-type list of jobs applied for, and other steps taken to secure a job is an important aspect of pursuing a promissory estoppel claim.