Which Deductions from Commissioned Employees' Pay Are Proper and Lawful? 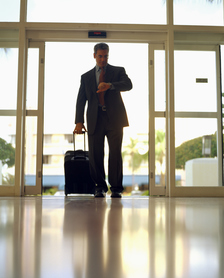 The above principle was first presented by the California Supreme Court in Kerr’s Catering case. There, the employer promised a commission of 15 percent to its sales people on all sales in excess of a certain minimum, where the employees sold food items from its lunch trucks. At the same time, the employer deducted cash shortages resulting from the failure to properly charge for the sold items as it routinely happens at jobs that involve many smaller transactions per day. The court held that those deductions were improper, observing that “some cash shortages, breakage and loss of equipment are inevitable in almost any business operation” and should be borne as a “business expense,” rather than deducted from a promised commission. This holding was applied to managerial employees in Quillian v. Lion Oil Company (1979). There, the court found that commissions similarly calculated on sales volumes and reduced by cash and merchandise shortages improperly placed the “burden of losses” on the managers and thus violated California Labor Code section 221 and other law, even though the managers had executed written contracts agreeing to this method of salary calculation.

More recently, in the Hudgins case, the court addressed an employer policy that promised salespersons commissions based on completed sales, but deducted on a pro rata basis returned merchandise that could not be traced to a particular sale or salesperson. The court found the policy “calls for deduction from earned commission wages of all sales associates a sum of money representing what would otherwise be business losses,” The court explained that this was improper under Labor Code section 221.

As the Hudgins court noted, the Legislature has recognized the employee’s dependence on wages for the necessities of life and has, consequently, disapproved of unanticipated or unpredictable deductions . . . .”  The court further stated that by enacting Labor Code section 221, and retaining it as interpreted by the courts and [the Industrial Welfare Commission], the Legislature has prohibited employers from using self-help to take back any part of ‘wages theretofore paid’ to the employee, except in very narrowly defined circumstances provided by law. In cases such as Kerr’s Catering, Quillian and Hudgins, the courts’ findings were based on the impressibility of transferring to the employee, by way of wage deductions, the financial burden of business expenses and accidental losses that otherwise would be borne by the employer.

It is also not uncommon for employers to try to deny commissions because the employee is not employed with the company on the date that commissions are paid out, or because someone else formally completed the deal that was initially and substantially brought to fruition by the first employee. It's important to be aware of the legal principles that come into play in such situations.